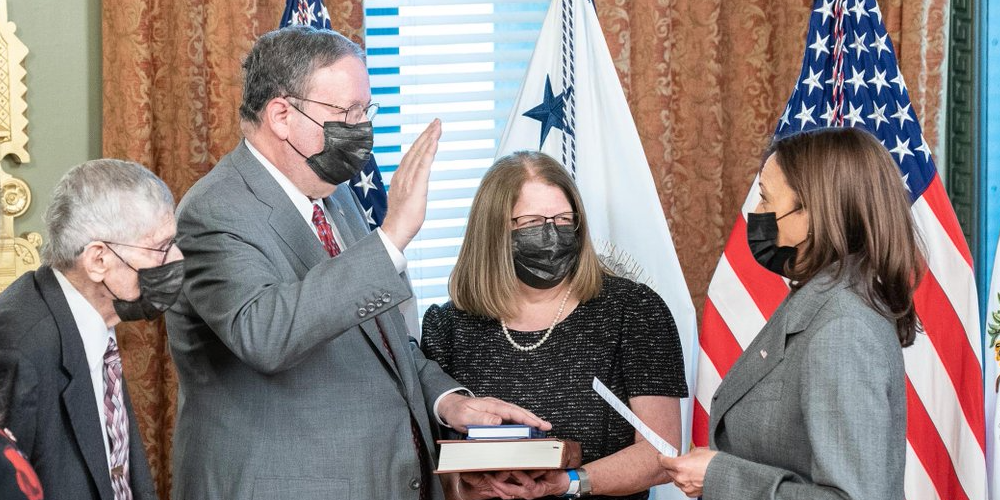 Politicians’ recent actions raise anew a question that has been asked after almost every major technological invention in history.

Are ambassadors still necessary? This question has been asked after almost every major technological invention in history. When the first trans-Atlantic cable was laid in the mid-19th century, some said that, if the U.S. secretary of state needed to communicate with a European minister of foreign affairs, he could just send a telegram. Similar pronouncements were made after the advent of the telephone, radio, television, fax machines and the Internet. Today, with easy and ubiquitous video calls — and, thanks to Covid-19, widespread remote work — the argument that ambassadors are rarely useful relics arises again

U.S. politicians of both parties, regardless of what they say publicly, seem to reinforce this line of thinking. After all, if the United States can do without ambassadors to dozens of countries for almost a year or more, perhaps they aren’t essential at all. Until this weekend, when the Senate confirmed about 30 nominations, only 15 of President Biden’s 85 nominees had been approved. The White House blames two Republican senators, Ted Cruz of Texas and Josh Hawley of Missouri, for blocking most nominations for reasons that have nothing to do with the nominees or the countries to which they would go. But the administration has been slow to make nominations in the first place. Moreover, it has continued the decades-old practice of handing ambassadorships to unqualified friends and campaign donors. If that doesn’t denigrate the importance of ambassadors, what does?

In the friends category, Biden is sending Jeff Flake, a former Republican senator from Arizona, to Turkey and Cindy McCain, former Senator John McCain’s wife, also from Arizona, to U.N. agencies in Rome. Many nominees are fundraisers or rich campaign donors, who lack diplomatic, government, military or any other kind of experience that is important for the job. The reason for that is the cost of presidential campaigns. They have become multibillion-dollar enterprises, with nearly $6 billion spent on the 2020 election. The president has few ways to reward his wealthy supporters. As a result, the United States is the only country in the world where ambassadorial posts are routinely sold to the highest bidders.

Adding insult to injury, the few nominees the Senate had confirmed before this weekend were mostly political appointees. One of them, David Cohen, Biden’s ambassador to Canada, is a former Comcast Corp. executive with no government experience at any level. However, he donated $502,000 to Democrats between 2017 and 2020, with $11,000 going directly to Biden’s campaign, according to the nonprofit Open Secrets. The newly confirmed appointees to Costa Rica and Slovenia, Cynthia Telles and Jamie Harpootlian, donated to Democrats $141,000 and $131,000, respectively. Ambassadors who received their positions thanks to political connections and are in over their head abroad sometimes try to hide that by mistreating embassy staff, which is disastrous for morale. Former President Barack Obama’s ambassador to Luxembourg, Cynthia Stroum, as well as Trump’s envoy to Iceland, Jeffrey Gunter, are just two examples.

The linkage between cash and nominations is often as obvious as it is illegal. Gordon Sondland is perhaps the poster boy for the corrupt practice. He did nothing to help get Donald Trump elected in 2016, but after he bought $1 million worth of tickets to Trump’s inauguration, he was made ambassador to the European Union in Brussels. As is well known by now, he chose to spend much of his time in Ukraine, although that country isn’t an EU member.

Examples like Sondland’s contribute to the argument that ambassadors are superfluous appendages of government. That argument, however, is even more erroneous today than it was in the past. For one, there is the question of power — the soft kind in particular. The days when a mere phone call or visit by a U.S. ambassador was enough to get another country to do something — if they ever existed — are long gone. It takes skill and experience to persuade a foreign government to see your national interest as its own. Hard power is rarely a viable option in international relations, even if it’s backed up by a $770 billion defense budget.

Yes, technology does make it easier for heads of state and ministers to speak directly with their counterparts around the world, but they can’t talk to all others with any regularity. Diplomats, including ambassadors, work on policies and programs that don’t rise to the head-of-state level but are nonetheless important. They also do the legwork before their leaders speak. The United States and Ecuador recently signed an Open Skies Agreement, which lifted limits to the number of flights between the two countries. The two presidents didn’t need to discuss the accord, which was negotiated by diplomats and other officials.

Even though some view diplomacy as little more than endless cocktail parties and exemption from paying parking tickets, it’s a real profession that requires considerable skill, experience and knowledge to be practiced successfully. Putting someone with a background that includes none of that, as well as no time spent in the government or the military, is a prescription for making soft power ineffective and an embassy badly run. Some argue that it doesn’t matter if an ambassador is incompetent, since the rest of the embassy is made up of career diplomats. By that logic, a company’s CEO isn’t important, either, because there are experienced people at the lower levels.

The most serious challenges the United States faces today arise from the ability of people, things and ideas to cross national borders with greater speed, frequency, impact and reach than ever before. No country can effectively counter those threats alone — just as no person can fight a pandemic like Covid-19 alone. Sustained and competent diplomacy is essential, and it can’t be accomplished with a quick video call or email — or with people who lack the necessary skills.

Dennis Jett, a former ambassador to Peru and Mozambique, was a Foreign Service officer for 28 years. He now teaches at Pennsylvania State University’s School of International Affairs.

This article is an adapted excerpt from the new edition of his book “American Ambassadors: A Guide for Aspiring Diplomats and Foreign Service Officers.”