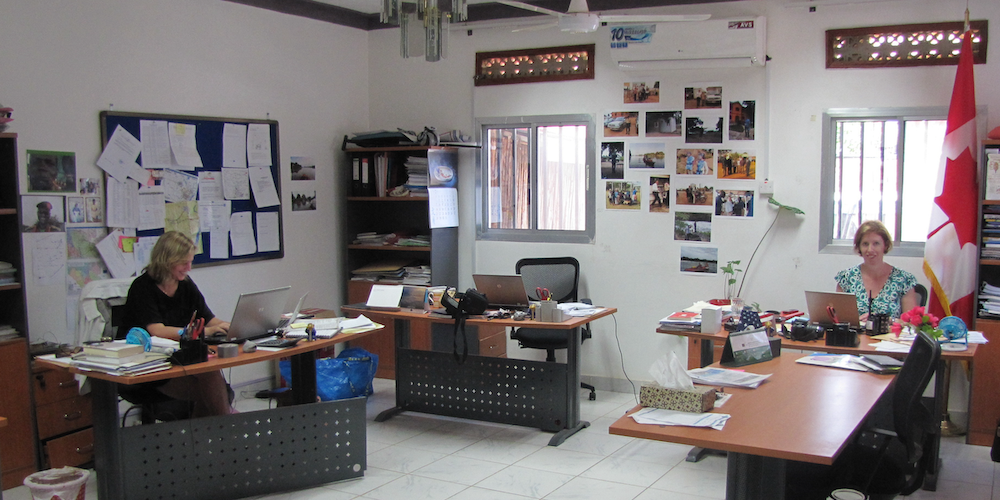 A sense of humor, resilience and informality helped much more than the classic requirements of formality, tact and seriousness.

The stereotypical diplomat is suave, well-dressed, lives in some style in exotic countries at the expense of their government and spends much of their time exchanging small talk over canapés and drinks in sumptuous settings. There was a TV ad in the 1990s for Ferrero Rocher chocolates, called “The Ambassador’s Party,” that encapsulates this popular vision.

The reality is not quite like that — at least not in my experience of six postings with the Canadian Foreign Service.

In 2011, South Sudan became the world’s newest country, having endured years of civil war. Ottawa was quick to recognise the African state’s independence from Sudan, but slow to secure the funding and to do the paperwork necessary to establish an embassy. By mid-2012, our presence in Juba, the new capital, was distinctly modest. The Canadian mission was housed in the converted garage of the residential villa in which my wife and I were to live. It could be reached only by dirt road and was located in a residential area frequented mostly by goats and cows.

We were not an embassy but an “office of the Canadian Embassy” in neighboring Kenya, which was actually a high commission, since both Canada and Kenya are members of the British Commonwealth, with Queen Elizabeth II as a ceremonial head of state at the time. I had been appointed head of office.

In addition to our exiguous working premises, our bureaucratic fuzziness had other frustrating consequences on the ground. It meant that we were not authorized to recruit local staff, who would likely have been able to undertake many routine tasks much more effectively and cheaply than I could. We had no receptionist. The mission’s finances, modest as they were, had to run through my own bank account, and I was on the hook personally for anything that might go wrong. Although the funds were small, the fact that three currencies were involved — the Canadian dollar, the non-convertible South Sudanese pound and the U.S. dollar — made keeping track of things difficult and necessitated long explanatory conversations with the often- perplexed auditing staff at the high commission in Kenya.

We were not connected to Canada’s government-wide communications system, except in an ad-hoc manner. Allowing us secure communications capabilities was too costly and out of the question, in spite of our increasing need to speak frankly to headquarters about the challenges of security and of dealing with the government in Juba. Although the high commission was officially responsible for providing support, their distance from the scene and lack of familiarity with conditions in Juba meant that this never worked as well as intended.

There were three other staff members: Catherine, Caroline and Nancy. Life in the garage resembled a reality TV show. Under the circumstances — this was possibly the least developed Canadian diplomatic mission in the world, in one of the world’s least developed countries — a sense of humor, resilience and informality were personal qualities of much greater value than the classic diplomatic requirements of formality, tact and seriousness.

We each sat against one wall, our laptops perched on rickety locally bought tables. Any conversation between two people necessarily included the other two. There would occasionally be desperate bursts of whispering among three colleagues when one went to use the washroom, and they needed to share something in confidence. The washroom was awkwardly located behind a door that didn’t lock, and whose top half was glass, inadequately curtained. If you needed to talk to someone privately, you could always send an email. But messages took an unpredictable amount of time to arrive and would sometimes lead to unexpected bouts of giggling as, an hour after despatch, the recipient would look over their screen and meet the sender’s eyes.

There were no telephone landlines in South Sudan, so we used our cell phones. For contact with Ottawa, we had a speakerphone “spider,” which allowed communication using Voice Over Internet Protocols (VOIP). This meant that every conversation was public. Often they were conference calls, but by putting the device on “mute,” you could safely get on with some undemanding work or hold an offline conversation, as long as you were attentive to expectant pauses from the other side of the world. During windstorms, common between April and November, waving branches would interrupt the wi-fi signal from the antenna on top of the compound’s water tower, and all communication would cease. Because the conference calls were invariably scheduled after office hours, it was occasionally tempting to invent rainstorms, even though the sky might be cloudless.

There was a very active, even racy, singles’ scene in Juba, characterized by Sunday afternoon pool parties, expat brunches, tennis at the single Juba court and yoga at two rival sessions on the weekends. Juba was full of apparently unattached expats. The thousands of civilians working for the United Nations were all unaccompanied, as were most of those working for non-governmental organizations. It was an easy-come, easy-go kind of place. Most people were very well paid and there only for nine months or a year, and few were interested in serious relationships.

As one of my staff sighed first thing one Monday morning, “The problem with Juba is that it’s full of MBAs.” Pause. “Married but available.”

This article is an adapted excerpt from his book “Collapse of a Country: A Diplomat’s Memoir of South Sudan.”