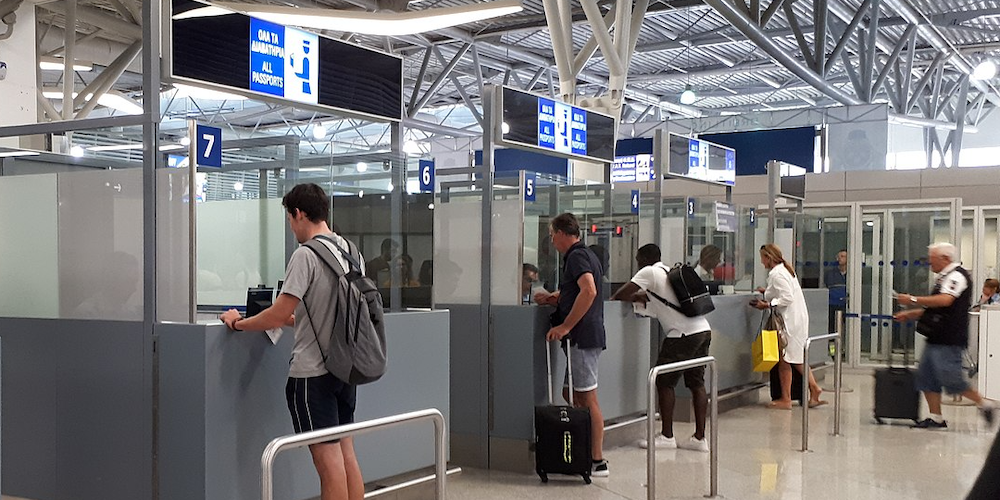 A Visa Doesn’t Guarantee Entry, Just a ‘Knock on the Door’

The drama around tennis champion Novak Djokovic’s canceled Australian visa last week, which became a diplomatic scandal, exposed a fundamental misunderstanding about what an entry visa to a foreign country is, and to what it entitles its holder. Having received a visa to compete in the Australian Open, Djokovic had every reason to believe that he would be granted admission by the authorities in Melbourne, his lawyers wrote in court papers, according to press reports. Was that a correct assumption?

The answer is no, as shocking as that might be to many travelers — and it has nothing to do with the specific reason for Djokovic’s visa cancellation, which has been attributed to lack of Covid-19 vaccination and proper exemption. Regardless of pandemic requirements, the government of any country has the right to revoke a visa, even if it was obtained legally and transparently.

In practice, very few travelers ever experience such circumstances. As a result, the public has been conditioned to believe that having an application approved after an interview with a consular officer, paying a substantial fee and having a visa stamped on a passport page guarantees entry into another country. Although that’s how things work out most of the time, there is no guarantee. So what does it depend on?

Janice Jacobs, a former U.S. assistant secretary of state for consular affairs and longtime career diplomat who now teaches at the Washington International Diplomatic Academy (WIDA), often tells trainees that “a visa allows a traveler to show up at a border and knock on the door.” If you travel by air, you need a visa to get on a plane — unless you qualify for a waiver or your destination country offers visas on arrival.

You can apply for a visa at an embassy or consulate, where necessary checks are performed. Consular officers from developed countries, such as the United States and Australia, are also required to assess your credibility as a legitimate traveler, as opposed to an intending immigrant. If everything seems in order, the visa is issued and you can start your trip. When you arrive at a port of entry, however, you begin a new process, in a sense. In some countries, you even deal with a different government agency from the one that granted you a visa.

In the U.S. case, the State Department issues visas, but the Department of Homeland Security (DHS) determines visa policies. The officers at Passport Control at the border work for Customs and Border Protection (CBP), which is part of DHS. So when you appear before a CBP inspector at the airport, they scan your passport and visa, which gives them access to all the information about your visa application the consular officers at the embassy had when they decided to give you a visa. The CBP inspector can also see any notes the embassy made. If the biometric data you provide matches that collected at the embassy — as does the information you give the officer, including the reason for your trip — and everything else seems in order, you are admitted.

However, if the CBP inspector becomes aware of any additional information that disqualifies you from entering the country — or if they determine that you are not being truthful about the purpose of your visit — they can cancel your visa and deport you. Governments consider an entry visa a privilege, not a right, and the most sought-after countries are very protective of their bureaucratic processes. So a reasonable suspicion that you may be using a tourist visa to work illegally, based on a pattern of previous visits, can give an inspector sufficient grounds for deportation.

There is another common misperception, with the phrase “overstaying a visa” often used incorrectly to describe people who are in the country illegally. Even though a U.S. visa can be valid for up to 10 years — meaning that the holder can travel at any time during that period and “knock on the door” — the CBP inspector is the one who decides how long you have before you must depart. For someone on a tourist visa, it’s usually six months, but it’s only three months if you qualify for a visa-waiver. Travelers who stay longer than permitted and fall into illegal status have “overstayed” not their visa, but the period specified by the inspector on the arrival stamp in their passport.

Every government determines its own visas’ period of validity, number of entries and how long a traveler can remain in the country on each visit — all these variables may be different for visitors from different countries, depending on bilateral agreements or reciprocal measures. For example, a Chinese visa may allow an Italian citizen to stay in China longer than a U.S. citizen.

A tourist visa is just one of many non-immigrant visa types, which are also intended for other categories, such as students, journalists and athletes. Djokovic likely had a special Australian visa issued to athletes to participate in international competitions and be compensated. As a Serbian citizen, Djokovic would need an Australian visa even as a tourist. An American tourist can travel to Australia without a visa. However, an American tennis player would need a visa to compete in the Australian Open.

Perhaps the Australian government could have explained all this to the public — and the media — instead of getting bogged down in Covid-19 vaccination controversies.