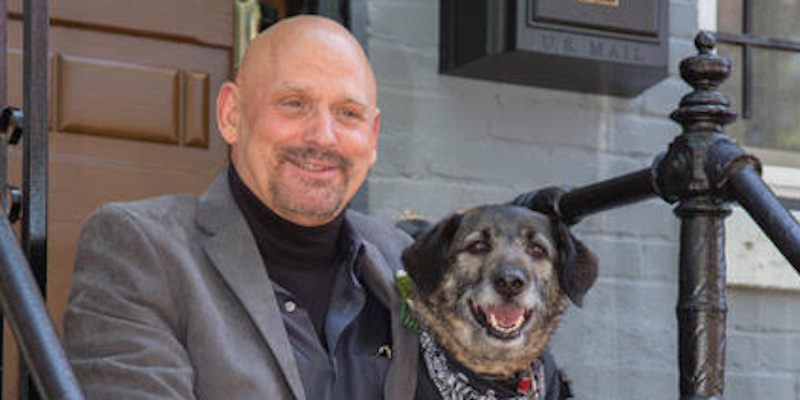 Diplomats’ Dilemma: Career Advancement or Having a Dog

A new CDC requirement makes it almost impossible to bring four-legged family members from 113 countries to the United States.

Few Americans know much about the diplomatic lifestyle, and hardly any ever think about the pets that most Foreign Service members consider family members. Bringing a dog to the United States from abroad is already more complicated than any other part of a life on the move. Yet a new ban imposed by the Centers for Disease Control and Prevention (CDC) on importing dogs from 113 countries for fear of spreading rabies has angered U.S. diplomats and forced many who are about to return home to contemplate leaving their four-legged family members behind.

The CDC announced the ban in June, just as thousands of Foreign Service members were completing their tours and planning a move to another country, as happens every summer. Hundreds were about to return to Washington for assignments at the State Department. With no warning to the department, let alone consultation, the CDC said the ban would take effect in 30 days. It allowed for no exemptions of diplomatic or military personnel. In theory, one can obtain a special permit, but the requirements are so onerous and costly and take so long to meet that they are hardly a viable option in practice.

Despite protests from the State Department, other government agencies, members of Congress and a petition on change.org with almost 15,000 signatures, the CDC hasn’t budged. “This ban will have an extensive impact, including [on] dogs that accompanied their U.S.-based families as they moved back to the United States, and K9 companions of U.S. service members stationed abroad,” said a letter signed by 57 legislators last month. “All of these people complied with strict U.S. health and vaccination regulations to keep canine rabies out of the country.” The change.org petition pointed out that “the incidence of rabies in imported dogs since 2015 has been 1:1,650,000 – and none were the personal pets of U.S. government personnel serving abroad.”

The American Foreign Service Association, the diplomats’ union, said it has received many calls from concerned and stressed dog-owners among its members, though it wasn’t able to give specific examples of how families dealt with the problem during the summer rotations.

As a retired diplomat who brought a dog from Sudan back to the United States in 2009, I experienced huge challenges long before the CDC ban. Living with Scout, whom I adopted while serving in the African country wasn’t a problem. Leaving with him was. First, he had to be vaccinated for rabies. Medical facilities were in short supply in the city of Juba, which would become the capital of the new South Sudan in 2011, but I found one clinic that had the vaccine, though it didn’t have dog vaccination cards, so I got a human card at the U.N. office. Today, I would need a rabies serologic titer test to prove he had been vaccinated. No lab capable of doing such a test exists in South Sudan.

Second, I had to get an export license for Scout. Since he was born in Sudan, he was protected by law against the exploitation of his species by foreign nationals. The true purpose of the law was to prevent the capture and export of endangered species, but it wasn’t specific as to what animals were included, so they all were. Dogs were everywhere in Juba and were in no way an endangered species, but it still took several trips to a variety of government offices, with the payment of fees and bribes, to get the necessary clearances to export Scout legally to the United States.

Third, I had to get an airline-approved kennel for him. By this time, he weighed 50 pounds and would eventually grow to 60, so I couldn’t put him in a carrying case that I slid under the seat in front of me on the plane. Scout had to go into the hold of the aircraft, and there was no way Sudan Airlines was going to let me bring him on board as a “comfort animal,” which they considered laughable. A friend, who was about to return from vacation in the United States, was kind enough to bring me a kennel from there.

Fourth, there was the challenge of persuading the airline to take Scout at all. Its representatives looked at me as if they had never seen a dog fly on a plane before. Eventually, Scout and I left Juba for Nairobi, Kenya, where we were to catch a connecting flight to Amsterdam. But that almost didn’t happen. When the plane landed in Nairobi, the baggage handlers didn’t know what to do with Scout. I couldn’t find him. Fortunately, a friend at our embassy in Nairobi sent out an expediter to help me. We searched the airport ourselves and found Scout in a parking lot, his crate sitting alone on a baggage cart with no one around. Who knows what would have happened had we not discovered him, but I was reminded of a colleague’s dog who was left in the sun in his kennel and died from a heat stroke.

Before Scout, I had a dog for 16 years named Gem, originally from Eritrea. I passed up a dream job in Ireland because the country required a six-month quarantine. I wouldn’t leave Gem alone in a kennel for that long, even though I really wanted to live and work on the Emerald Isle.

Since my 2009 experience with Scout, transport has only become more difficult for diplomatic pets. Costs have increased, and more and more airlines restrict the number of pets on a flight, the size of a dog or the seasons they will transport pets. Given all the tests now required to bring a dog into the United States and the restrictions on the ports of entry that can be used, it costs U.S. diplomats thousands of dollars every time they come home.

If I were still in the Foreign Service, I wouldn’t accept a new assignment in any of the 113 countries on the CDC ban list. If I was slated to go to a country on the list, I would have broken that assignment.

The CDC must fully understand the impact of its actions on diplomatic, military and aid personnel and discuss such drastic measures with relevant departments before implementing potentially life-altering edicts.

Christopher Datta is a former Foreign Service officer. During his 32-year career, his overseas tours included Rwanda, Liberia, Sierra Leone and Sudan. He is the author of “Guardians of the Grail: A Life of Diplomacy on the Edge.”

The opinions and characterizations are those of the author and don’t necessarily represent the views of the U.S. government.