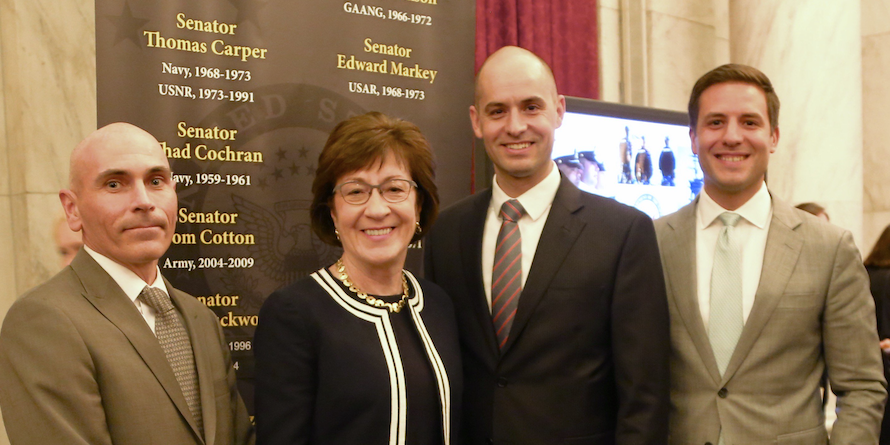 A recent inspection found dysfunctional leadership and an inadequate organizational structure that has "impeded" relations with Congress.

The State Department bureau in charge of relations with Capitol Hill suffers from dysfunctional leadership and an inadequate organizational structure that has “impeded” its mission, the department’s official watchdog has concluded after a recent inspection. The bureau’s unresponsiveness or missed deadlines in communicating with Congress have led to delays in drafting new legislation, the Office of the Inspector General (OIG) said in a highly critical report released this month. It also said that “incidents of harassment, intimidation and bullying” had led to no accountability.

In a rare bright spot, the report praised the Bureau of Legislative Affairs for effectively coordinating with Congress “to repatriate more than 101,000 American citizens and legal permanent residents” from 136 countries during the first six months of the Covid-19 pandemic.

The audit, which was conducted in the last four months of the Trump administration, criticized the bureau for an organizational structure “not well aligned with operational needs” and “unclear lines of authority.” That “hindered” the execution of “its mission, compromising its ability to coordinate relations efficiently and effectively with Congress,” the report said. “At the time of the inspection, the bureau had no approved organizational chart that accurately reflected staffing and reporting lines,” it added.

These fundamental problems hurt the bureau’s key mission, which it defines on its website as facilitating “effective communication between State Department officials and members of Congress and their staffs.” In addition, during the 2020 fiscal year, 64 percent of congressionally mandated department reports arrived late on Capitol Hill. The OIG cited various examples of missed deadlines and their impact on drafting legislation or congressional oversight of the department.

In one case in May 2020, a request from Congress for a briefing, details of which weren’t disclosed, went unfulfilled for two and a half months, rather than the required 15 days, “despite repeated requests from both majority and minority congressional staff.” At about the same time, the bureau “failed to transmit congressional notifications” necessary to free program funds, which “delayed the release of more than $500 million in funding for department programs.” The backlog of overdue reports and requests became so large that the department’s Executive Secretariat felt compelled to take over overseeing congressional reports, the OIG said.

The inspection findings depicted a dysfunctional bureau leadership, at the top of which is the assistant secretary of state for legislative affairs. Trump’s first appointee in that position, Mary Kirtley Waters, lasted only eight months, and the second, Mary Elizabeth Taylor, resigned in June 2020, when the principal deputy, Ryan Kaldahl, became acting assistant secretary. All three were political appointees. Although Kaldahl left the State Department in January, the bureau’s website still lists him as the incumbent.

Kaldahl spent more than a decade as a congressional staffer, followed by 18 months in the Trump White House, but had no significant management experience before arriving at the department. Employees in the bureau told OIG inspectors that he “set a positive tone in the office” and “worked long hours.” However, they also said that he “assumed too many responsibilities, which often resulted in bottlenecks,” and they gave him “lower marks for collaboration, self-awareness and managing conflict.” At times, they added, his office “was insular rather than collaborative,” and he “undermined supervisors in handling employee performance issues by dealing directly with the employees outside of their supervisory chain or by changing his mind after supervisors followed his previous instructions.”

The report also blamed frequent changes in the front office for “a climate of avoidance and disengagement regarding unacceptable employee conduct.” Of three department-mandated training courses on harassment and discrimination, the audit found that as many as half of the bureau’s employees hadn’t taken at least one course. As of October, “no one among the bureau’s leadership” had taken all three.

Former State Department officials with experience working on Capitol Hill weren’t surprised by the OIG’s findings but were nonetheless troubled by the report. “OIG reports don’t sugarcoat problems and challenges,” said David Wade, who was chief of staff to former Secretary of State John Kerry and held the same position when Kerry was chairman of the Senate Foreign Relations Committee. “The audit reveals some problems that should worry anyone who cares about the State Department’s relationship with Congress,” Wade said. “The lack of a modern knowledge management system hurts everyone.” And if the “line of communication” between the department and Capitol Hill is broken, that “hurts the conduct of diplomacy,” he added. “There will always be tension in that relationship, but you want to be able to manage the tension constructively through good communication.”

Robert Downes, a retired Foreign Service officer who was detailed as a staffer on Capitol Hill, criticized the Trump administration for “deliberately undermining the basic bureaucratic structures of government” by not taking seriously positions at the assistant secretary level. That led to “high turnover” and long-term vacancies, resulting in lower-level officials with insufficient leadership and management experience serving in an acting capacity for months. “It’s hard to do a job when your position or that of your boss keeps changing,” Downes said.

In the long run, the State Department “needs to focus more resources on” the legislative bureau, he added. “Some of this includes making staff assignments” to the bureau “more important in terms of promotion,” as well as “assigning more people” to serve on Capitol Hill. “If we are truly interested in avoiding wars and managing relations with other countries, we really need to do a better job in providing the State Department with consistent, robust and reliable resources, both financial and in personnel,” Downes said.

Historically, the State Department has struggled to build and maintain a good relationship with Capitol Hill, unlike the more successful Pentagon, whose example of effectively lobbying Congress diplomats have tried to emulate. In addition to more resources, the military has the support of a powerful defense industry. The State Department has embassies abroad, not bases on senators’ and congresspeople’s home turf, and securing resources for diplomacy has long been an uphill battle, current and former diplomats said. President Biden hasn’t nominated an assistant secretary of state for legislative affairs yet.

“The world knows when we are divided at home, and it hurts us,” Wade said. “We are measured on whether administrations can work with Congress on treaties, trade, aid and assistance. So if Americans want an effective foreign policy, they should be able to count on an effective and empowered legislative bureau to help build that bridge to Congress. There is a lot Congress can and should do to be a good partner, but this report shows a lot of room for the legislative mechanism at the department to be stronger.”