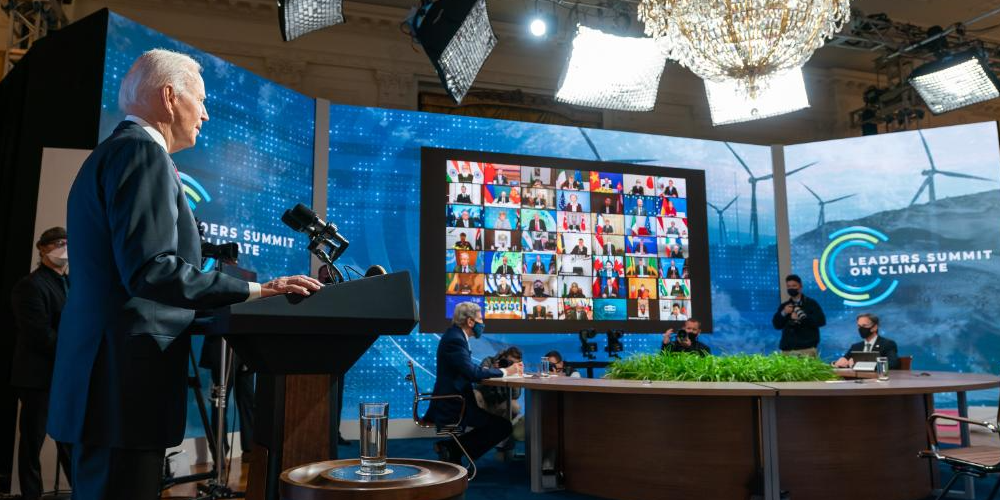 They worry about domestic problems and see them as impediments to effective American leadership abroad.

Dozens of participants in a college essay contest from across the United States have urged President Biden to begin reshaping the country’s role on the world stage by putting its own house in order first. Most of the students, who go to both public and private universities and come from diverse backgrounds, identified the deterioration of American democracy and climate change as the problems in need of the most urgent attention, followed by unequal access to healthcare and education, a broken immigration system, racial injustice and cyber insecurity.

The Washington International Diplomatic Academy, which provides practical professional training in diplomacy, invited students last month to share their views and ideas about the U.S. role in the world in the 21st century in the form of open letters to Biden. Although the contest was open to participants from any country, almost all were from the United States. Some of them raised more traditional international matters, such as great-power competition, but their most pressing concerns were related to domestic challenges, which they saw as impediments to effective American leadership abroad. No one brought up terrorism, the dominant issue in U.S. foreign policy in the last two decades.

Connor Matteson, a sophomore at Wesleyan University in Middletown, Conn., and author of one of two winning essays, envisioned the United States as a “laboratory of tomorrow” in both democratic ideas and environmentally sustainable economics — “a place where forward-thinking leaders from around the world can congregate to observe innovation at work and be inspired to implement positive change in their own societies.” This, in turn, will “project the soft power that will ensure not only our own security and prosperity, but also that of the wider community of nations,” Matteson wrote.

“The most urgent innovations,” he argued, must be in “the health of our country’s democracy.” For more than half a century, “American foreign policy actions and rhetoric have leaned heavily into buttressing democratic governance worldwide, yet the trust of ordinary Americans in their own democratic institutions has been on a steady decline since Watergate,” he added. “This contradiction will certainly not stand forever, and for the sake of freedoms everywhere, it must break decisively in favor of increased confidence. This outcome can be brought about through actions such as promoting a nationwide civics curriculum for public schools, making Election Day a federal holiday, and holding social-media platforms financially accountable for spreading fake news.”

Chloe La Motta, a senior at the University of Delaware, called on Biden to “get our country back on track,” starting with recovering from the damage caused by the Covid-19 pandemic. “As a global leader,” the United States needs “to heal in order to lend a helping hand to the rest of the world,” she wrote. Another senior, Ana Altchek from the University of Pittsburgh, urged Biden to put pressure “on businesses and universities to require vaccinations,” with some exceptions for health reasons.

Louis Savoia, a sophomore at American University in Washington, D.C., and author of the second winning essay, was one of many students who advocated for strategic, ambitious and systemic action to address climate change. He suggested “parlaying” the 2015 Paris Agreement “into agreements on other pressing environmental issues, such as deforestation and biodiversity protection.” Continued “determination to build on such accords showcases commitment and mutes those who argue that international cooperation yields few dividends,” Savoia wrote.

Aman Majmudar, a freshman at the University of California at Los Angeles, focused on access to education for all Americans as the most consequential unresolved problem that is holding the country back. “To help low-income families, President Biden should build Internet-access facilities in rural areas that each have a few hundred computers for free use,” Majmudar wrote. “By investing in its people, the United States can lead the world. Others, including China, are improving the quality of their universities. But the United States will set an example by providing all its citizens with access to its already excellent education.”

Hannah Kornblut, a junior at DePaul University in Chicago, urged Biden “to reform the police forces across the country and push for a reallocation of their funding.” Even though this is a “state and local issue,” a leader can wield power and influence “simply by expressing” himself, as did “President Franklin D. Roosevelt, whose fireside chats were notably inspiring,” Kornblut wrote.

Among the students who brought up immigration was Riddhi Setty, a senior at American University, who focused on migration from Central America. “It is our responsibility to ensure” that the people in that region “have a better future without having to cross any borders,” Setty wrote. She cited a 2015 U.S. government-funded initiative to help villages in Guatemala deal with the effects of climate change as an example of improving people’s lives in their own countries. One project, in the hamlet of Paraje León, provided just $190,000 over three years, but it was enough “enough for trained agronomists to show the community how to diversify their crops, conserve water and reforest some of the surrounding areas,” the New Yorker magazine reported in 2019.

Moving to more traditional foreign policy matters, several students expressed concern about major-power rivalry. “As global tensions are on the rise, a window of opportunity, in which we can begin mending relationships with our fellow global superpowers and their periphery countries, is closing,” wrote Aidan Swayne, a junior at the University of Washington at Seattle. Savoia argued against “ceding global leadership to powers like Russia or China,” and in favor of rallying countries in informal groups like the Quadrilateral Security Dialogue among the United States, Australia, Japan and India, also known as the Quad, to respond to regional challenges.

Among other international issues, Lydia Roeder, a junior at American University, raised the need for U.S. leadership in global trade. Washington must work to achieve “strong and binding rules on digital trade” in particular, she wrote. Shreya Dandu, a sophomore at George Mason University in Fairfax, Va., expressed worry about the fear “gripping many Afghan women due to the potential that the Taliban will reinstitute the oppressive rules they enforced in the 1990s.” As the United States prepares to withdraw its forces from Afghanistan, it should commit to “setting up minimum standards for women’s rights that the Afghan government must follow to get economic aid,” she wrote. Altchek called for resuscitating the Israeli-Palestinian peace process and negotiating a lasting agreement with Iran regarding its nuclear program. And Suheyla Tozan, a freshman at Columbia University in New York, advocated for U.S. help in “amplifying the voices” of Turkish youth, whose “platforms are consistently taken down by President Recep Tayyip Erdoğan.”

Savoia suggested undercutting the “wave of autocracy afoot globally” — not with a “grandiose democracy summit,” but by “fostering closer diplomatic ties” with specific emerging democracies and developing countries, such as Mongolia and Ghana. As the United States “grapples with the limits” to American power, it should play a “benevolent” role as a “force for cooperation within international law,” he wrote.

“We need not succumb to the demands of increasingly powerful global players,” Swayne wrote. “Instead, we must position ourselves alongside them, intervening during conflict, providing guidance during peace and fostering relationships that garner the power to see American foriegn policy ideals come to life.”

The winners of the competition, Savoia and Matteson, have been offered internships at the Diplomatic Diary.