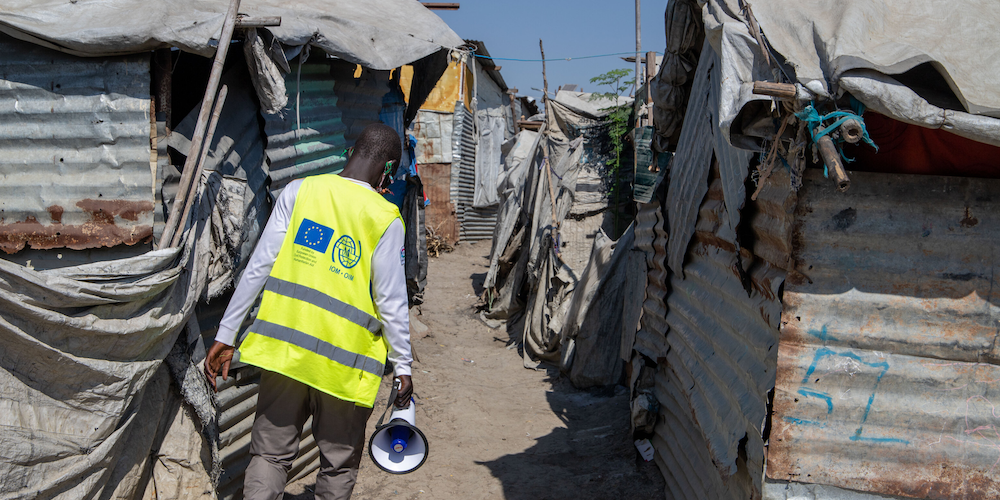 A Consul General With Housemates and No Office

In what would become South Sudan, I practiced Indiana Jones-style expeditionary diplomacy on the ragged edge of the universe.

I was the only U.S. consul general anywhere in the world who lived with housemates. My female deputy, our male defense attaché and I each occupied a bedroom, and we shared the living room and kitchen. It was like being back in college. The consulate in Juba, the main city in southern Sudan when I arrived in 2008, was the most peculiar diplomatic mission I had seen in almost three decades in the Foreign Service. The compound had four three-bedroom houses for consulate staff but no office space, so our bedrooms doubled as offices.

If you thought of diplomats as cocktail-sipping snobs afraid of their own shadows, I hope that fantasy is starting to fade away. Sure, we had a guesthouse, a restaurant and a gym with a swimming pool. But the dilapidated houses were crawling with insects and vermin, including the occasional black mamba, one of the deadliest snakes in the world. Juba had every dangerous tropical disease known to man, including cerebral malaria that can be fatal within 48 hours of the onset of symptoms.

This was Indiana Jones-style expeditionary diplomacy on the ragged edge of the universe. We generated our own electricity, because there was no dependable power grid, and we drilled our own wells for water, because there were no reliable waterworks. Our overworked generators failed often. The water pumps overheated and once caught fire. The American contractor who ran our support services lived in a tent.

Why were we there? Why did we bother to engage in diplomacy in such a difficult and dangerous environment? Our mission was to strengthen relations with the new fledgling regional government of southern Sudan, which would gain independence three years later, to preserve a fragile peace, turn a guerrilla army into a disciplined national defense force, help build education and primary healthcare networks, promote agricultural development, build infrastructure, including roads and promote democratic development. Short on educated managerial talent, southern Sudan was starting from almost zero in all these areas — and we had a staff of 17 working seven days a week out of their bedrooms to make a difference. Due to the dangerous conditions, none of us was allowed to bring a family member.

Juba had grown from a government garrison town of about 50,000 people at the end of Sudan’s bloody decades-long civil war in 2005 to a population of about 400,000. By the time I left in 2012, it was pushing 1 million. The compound that became our consulate was originally part of a U.S. Agency for International Development (USAID) facility, built to manage the flow of foreign food aid to southern Sudan during the civil war.

After a 1989 coup by Islamists that overthrew the elected government in the capital Khartoum, relations with the United States grew increasingly strained. In 1992, government forces invaded the Juba facility, arrested four local USAID employees and executed them as “spies” without cause or justification. The mission was closed and rented to the Red Cross for $1 a year until the consulate opened 13 years later.

This was my second tour in Sudan, 15 years after I had served at the embassy in Khartoum. Juba was a dangerous place, not because the people were hostile, but because poverty was widespread and guns were readily available. If guns make you safe, southern Sudan would have been the safest place on Earth. Americans were popular because of long-standing U.S. support for the southern Sudanese people, particularly with food aid, during its decades-long struggle for independence, and for our role brokering the peace agreement that ended the war. That didn’t make us safe.

In 2008, southern Sudan was completely a cash economy. Credit cards and bank checks were useless. Juba was full of international public and private aid groups doing their best to bring assistance to the region, but to pay staff and purchase supplies, everyone kept large sums of cash on hand. Men with guns quickly learned that, if you squeezed an aid group, money came out. Nighttime compound invasions by men with AK-47s became a common event. This was the main reason our U.S. staff lived on the compound, which was heavily guarded. We had a midnight curfew. We traveled everywhere in armored vehicles.

With our continued support, South Sudan became the world’s newest country in 2011. The most peculiar consulate was renamed an embassy. Independence, however, didn’t bring an end to the struggles of the oil-rich country, which descended into ethnic violence in 2013. Even though a unity government was formed last year, a United Nations report last week warned of continuing danger of large-scale conflict.

Americans are familiar with the sacrifices that men and women in uniform make, but few know that, since World War II, more ambassadors have been killed in the line of duty than generals, and the Foreign Service is a much smaller force. We are the first line of defense when it comes to protecting national interests, and we often find ourselves in harm’s way, not unlike our military colleagues — except that we don’t carry weapons.

This article is adapted from his memoir “Guardians of the Grail: A Life of Diplomacy on the Edge.” The opinions and characterizations are those of the author and don’t necessarily represent the views of the U.S. government.