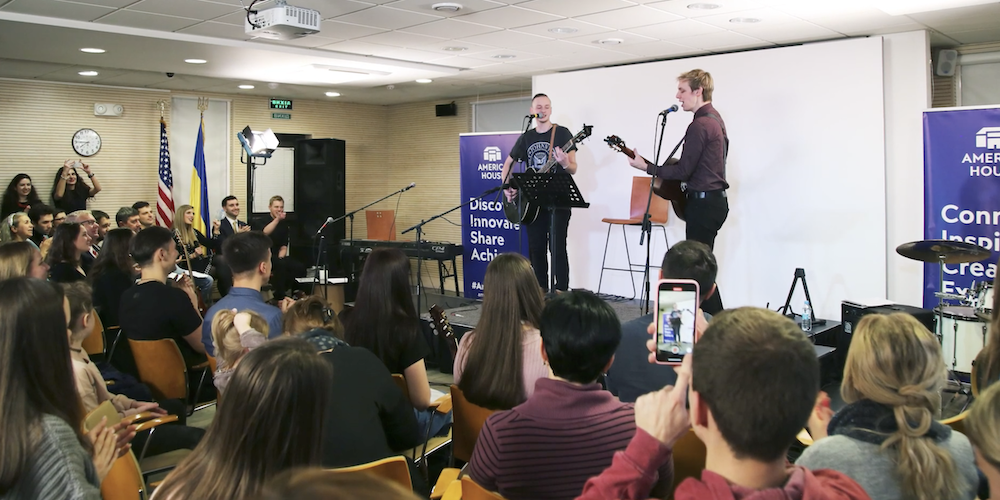 Autocrats are fond of decrying the “chaos” of the democratic process. It didn’t take long for Russia and China to start gloating at the sight of the January 6 Capitol Hill insurrection, claiming that it disqualified the United States from promoting democracy in other countries. Russia’s flashlight protesters and many residents of Hong Kong, however, would probably disagree. In fact, precisely because American democracy faced a serious challenge and came through it, the U.S. government now has more credibility to help others appreciate democratic values and principles, and to protect them from being undermined.

How can the United States do that? We need not reinvent the wheel. We already have proven public diplomacy tools — we just need to knock the rust off, since the Trump administration never oiled them, and provide better funding. While exchange programs, currently one of Covid-19’s victims, are usually viewed as the most effective way of exposing foreign citizens to the United States, with both its achievements and imperfections, there is another tool few Americans have ever heard of. It’s called American Spaces.

After most American libraries run by U.S. embassies abroad were closed down during the 1990s, the State Department realized that declaring victory over anti-American and anti-democratic forces at the end of the Cold War had been premature and detrimental to U.S. interests. In subsequent years, American Spaces began to appear in various countries — some as big as a section or room in a local library, others as small as a single shelf in a library. Few embassies maintain their own premises, called American Centers, usually in separate buildings, and they still count as American Spaces.

In all these variations, they provide brick-and-mortar platforms for information about the United States, public engagement, teaching English, Internet access, as well as public discussions, often in partnership with local organizations. Digital resources include eLibraryUSA, a website managed by the State Department and customized for individual countries, with information about U.S. politics, governance, business, culture, education and other aspects of American life. Embassies such as the one in Nepal have mobile American Spaces. In the case of Kathmandu, it’s the embassy’s Book Bus, which in January hosted a series of panel discussions on combating human trafficking, a transnational problem in need of urgent attention.

During the pandemic, American Spaces have become mostly virtual. For example, the one in Merida, Venezuela, developed a digital government platform with a local partner — the embassy in Caracas was closed due to political unrest in 2019, long before Covid-19. Using a mobile app, residents of the rural community of Rivas Dávila can access information about municipal ordinances, statistics, citizen participation and other aspects of government transparency, which their own government often denies them.

At a time when China promotes its ruling model as a tonic of stability, trying to appeal to countries struggling through a pandemic and economic hardship, American Spaces can play a major role in articulating American values and democratic principles to foreign audiences. In Moldova, for example, China has deployed educational and medical diplomacy to complement its traditional cultural diplomacy, which it has stepped up globally in recent years by aggressively expanding its Confucius Institutes. The U.S. Embassy’s efforts, which include four American Corners in universities across the country, four English-teaching centers and America House in the capital Chisinau, dwarf the Chinese presence.

When I was a young diplomat in Zambia in the early 1990s, Kenneth Kaunda, the country’s founding father, came to the American Library to conduct research. That is what we want grassroots organizers and media influencers to do in the American Spaces. Regrettably, they are too few, and those in existence are grossly underfunded.

Even after the pandemic, it will take time to revive exchange programs, and to restore the numbers of international students in the United States, which have suffered from entry-visa policy changes and high university fees. American Spaces should be used much more extensively and creatively to tell America’s story, counter malign foreign influence, and to promote human rights, the rule of law, press freedom, good governance and free markets.

Championing democracy is in the U.S. national interest. Democracies, as well as democrats in closed societies, are our natural allies, and we can advance our interests by supporting their causes through smart and innovative public diplomacy. Divided as Americans may be politically, the peaceful transfer of power that took place after a violent mob tried to overturn the results of a legitimate election would not have happened in many other countries facing similar circumstances.

Rather than retreat from supporting democratic movements globally, the United States should embrace its leadership responsibilities and prove the Chinese model wrong.

Gordon Duguid was a Foreign Service officer until 2020. During his 31-year career, he was deputy chief of mission in Serbia, chargé d’affaires in Montenegro, and also served in India, Burundi, Zambia, Zaire and at the U.S. Mission to NATO.

The views and characterizations in this article belong to the author and don’t necessarily represent those of the U.S. government or the Diplomatic Diary.