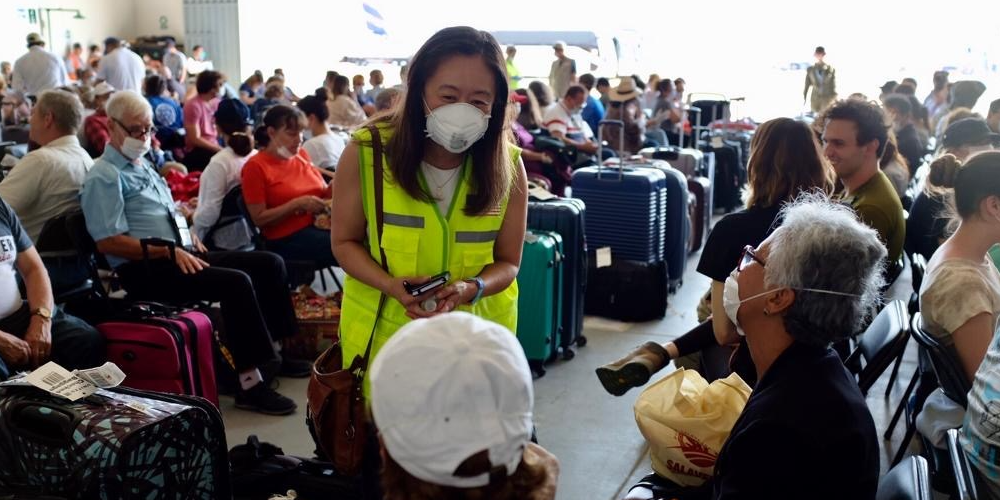 For Americans in Trouble Abroad, a Consular Officer May Be the Only Hope

Helping victims of abuse, rape and abduction is arduous, exhausting and the most rewarding work.

The most urgent calls rarely came during embassy business hours — the wee hours of the morning were much more common, no matter the country. “We found the body of a young American male at the airport hotel. It appears to be suicide,” one caller reported. “I’m 14 years old,” pleaded another. “My parents brought me here on vacation to visit family. But it turns out they want to marry me off to a 50-year-old man I don’t even know. Please help!” Yet another was no less desperate: “My husband has hidden my passport and my daughter’s passport. He’s abusive, he won’t let me out of the house, he won’t let me call my family back home, and I’m worried he might kill me.”

Far from the glamor often associated with diplomacy, the life of a consular officer in the U.S. Foreign Service providing American citizen services is a daily rollercoaster — from the routine to the sensitive to the catastrophic. Diplomacy is a complicated business. It requires years of building trust and cultivating relationships in the host-country, creating a respectful expectation of reciprocity and incremental progress toward mutually beneficial goals — all of this hopefully culminating in formal arrangements and lasting agreements.

Consular officers are perhaps better known for the visa services they provide to foreigners who want to visit or emigrate to the United States. Visa work has its own challenges, especially in the post-9/11 era. In fact, diplomacy in general is a demanding and stressful profession. Foreign Service officers work in five career tracks, and during my 21-year career, I had jobs outside of my consular specialty, including as a political, economic and management officer. Nothing, however, came close to matching the professional and psychological demands of American citizen services, and the so-called special services in particular.

It took time to develop a sophisticated understanding of what the law required I do and stipulated what I couldn’t do, as well as the extent of my own discretion as to what I was willing and able to do within and beyond those parameters. That understanding can be the difference between producing a positive outcome and permitting a negative one.

Even after I developed superior working proficiency, I had to contend with customers, colleagues and bosses who had little to no consular expertise and didn’t appreciate the contours within which I was allowed to operate. They were anxious and wanted answers and solutions “now,” and they didn’t want to hear that something wasn’t possible or immediately achievable. As a result, I was occasionally berated, insulted and accused of callousness. A thick skin and the ability to manage expectations were tremendously important to develop.

The public usually hears about the U.S. citizen services we provide during massive crises that dominate the news, when embassies and consulates help to evacuate Americans fleeing natural and manmade disasters. The most recent example was the State Department operation to bring home more than 85,000 Americans from 131 countries after the Covid-19 pandemic broke out last year. Evacuations and other assistance were also provided during the 2006 Israel-Lebanon war, the 2010 earthquake in Haiti, and the 2011 earthquake and tsunami in Japan.

Most of the cases consular officers deal with, however, rarely make the news. Our embassies and consulates field thousands of distress calls every day, often from people in a heightened emotional state. Among the calls I received was one from a mother of a Fulbright scholar in my consular district who had just been raped. Another came from an irate congressional staffer in Washington, who didn’t seem to grasp that I lacked much of the legal authority and firepower necessary to extricate a constituent of her boss’s from a village in Yemen. Because of the war there, the U.S. embassy has been closed since 2015, and the State Department has strongly discouraged travel to the country for years.

The following is just a sample of other memorable calls I received over the years.

“I’m in Ramallah. I’m hiding under my kitchen table, and there’s an Israeli tank outside! What should I do?”

“Sir, there is a woman who just arrived at the embassy in a taxi. Her abaya is covered with blood. She has what looks like a knife wound to her neck.”

“I’m in jail. My local business partner stole all my money and had me arrested. He’s threatening to keep me in jail until I sign over my business to him.”

“The American we are holding is on a hunger strike. He’s in failing health, and we are going to have to force-feed him, unless you can help.”

“I’m at the airport. I flew here with my brother to visit my uncle, but now the police are forcing me to go away with someone else. I don’t know them! I don’t know what’s going on! You have to get down here right away!”

“I’m calling from the police station. I got caught up in a protest last night and was badly beaten by police. I need help.”

“My mother is out of her insulin and can’t get that and her other medication locally. She’ll die without it. How can I get her out of Somalia?”

“I’ve been assaulted and robbed, and I’ve lost everything. The police want me to go to the hospital and have an examination. I just want to forget this ever happened and go home. Tell them I can go home.”

Some of these cases occurred in countries with which we have strong bilateral relationships and established legal mechanisms. Others took place in countries that don’t share our values or priorities, are not sympathetic nor inclined to assist, and aren’t signatories to international conventions that obligate them to cooperate.

For the consular officers and local staff who handle these cases, the work is arduous, demanding, often frustrating, frequently thankless and exhausting. Positive outcomes require extensive and advance contact work with police and immigration officials, NGOs and civil society, developing relationships with local hotels and homeless shelters, and engagement with anyone who can offer mental health and emergency aid to victims of domestic abuse and sexual assault. In many countries, such professionals are non-existent.

Assisting Americans in need is the most challenging but also the most rewarding part of consular work. There is no deeper satisfaction than the feeling of having helped an abducted teenage girl safely return home to her family in Pennsylvania; or having arranged for a mentally challenged citizen to go to a hospital and avoid being sucked into a substandard penal system; or having secured financial resources for a destitute American to fly home.

In contrast, not being able to help despite our best efforts can be heartbreaking. It was awful to receive a call about the death of an American woman at the hands of her abusive husband. She had come to the embassy several times, and we had made arrangements to free her from her horrible circumstances. But when it was time to leave, she decided to give her husband one more chance — and she paid with her life. On another occasion, a disoriented woman wandered to the front gate of an embassy in a country in crisis. The guards asked her to wait at the entrance for a consular officer, but she wandered off, only to be spotted days later, alongside men who had abused her.

There were also families we had no way of reaching in war-ravaged countries, hundreds of miles from the closest international airport, and children abducted by non-American parents we couldn’t locate. There was the bipolar vagabond who appeared at an embassy on a Tuesday determined to go home, signed the repatriation loan paperwork, and then changed his mind on Thursday. Your heart aches at the feeling of powerlessness in such situations, when all you can do just isn’t enough.

I didn’t intend to do consular work when I joined the Foreign Service, but for the little boy in me who grew up wanting to be a minister, the pastoral aspect of American citizen services exerted an irresistible pull. Empathy is critical, and not everyone is wired to handle the often emotionally charged nature of the work. Many of my colleagues who served a required early consular tour and moved on to other career tracks marveled that anyone would choose to stick with consular work. But the opportunity to serve desperate U.S. citizens overseas, perhaps trapped or traumatized, panicked and convinced that all hope is lost, and to reassure them that their government will do everything it can to help, is a distinct privilege.

They may be walking through the valley of the shadow of death, grieving, hurting, alone, broke or broken. I won’t be able to fix everything — or anything — but I can show them that their country cares about them.

Americans traveling or living abroad can enroll in the State Department’s STEP Program to receive travel and safety updates.