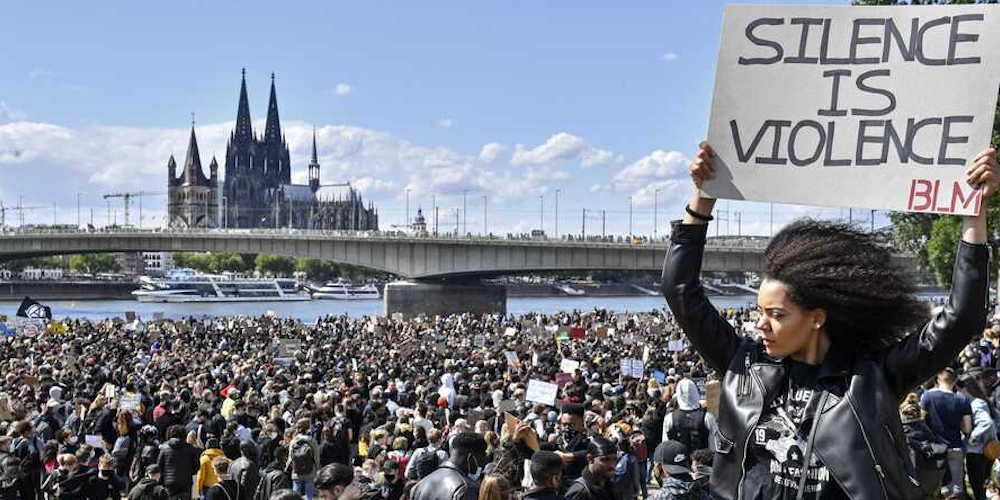 Confessions of an Ex-U.S. Diplomat and Expat in Europe

I struggled to explain how American democracy deteriorated so quickly. There is a long road ahead in restoring our global leadership.

The warm, enthusiastic welcome that greeted President Biden’s election among Europeans has already begun a long-needed reset in trans-Atlantic relations. As a former U.S. diplomat and expat teaching at two universities in Prague since 2018, I experienced first-hand the precipitous decline of our country’s image in the eyes of both foreign leaders and ordinary people. Still perceived as a representative of the United States, I often found myself struggling to explain how American governance and democracy deteriorated so quickly. Despite the elation that accompanied the end of the Trump presidency in Europe, there is a long road ahead in restoring our prestige and leadership.

As the continent where the United States has enjoyed its most enduring alliances and collaborative international relationships since the end of World War II, in Europe, virtually every action undertaken by the last administration under the guise of its “America First” ideology seemed calculated to alienate and inflict harm on our friends. From my perspective, it was plainly apparent that Trump destroyed America’s reputation as the leader of the free world. Bashing NATO and the European Union, imposing tariffs and sparking a trade war, excusing the Russian invasion of Ukraine and cozying up to President Vladimir Putin were just the start of Trump’s campaign to drive a wedge across the Atlantic.

The Trump administration jettisoned decades of careful diplomatic efforts by both its Republican and Democratic predecessors. Pursuing Israel-Palestinian peace? It unilaterally recognized Jerusalem as Israel’s capital and encouraged settlement expansion in the West Bank. Reducing nuclear weapons? It withdrew from the Iran nuclear deal and sought to scrap U.S.-Russia arms control treaties. Combating climate change? It abandoned the Paris climate accord. Promoting human rights and democracy? It lavished praise on strongmen in Egypt, Turkey and the Philippines, while ignoring pro-democracy demonstrations in Belarus. Working with other countries to solve global problems? It derided “globalism” and withdrew from UNESCO and the U.N. Human Rights Council. 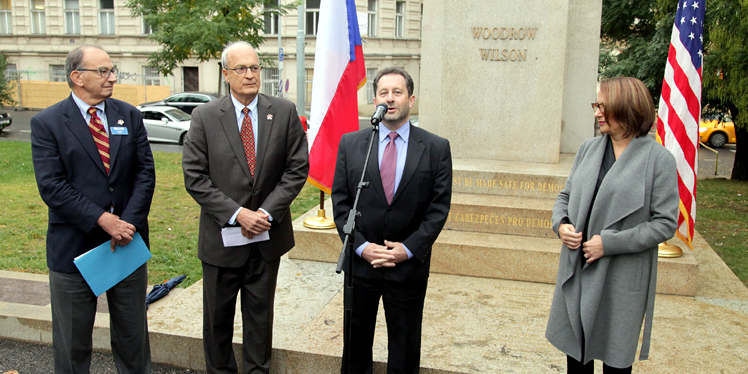 Steve Kashkett, then-deputy chief of mission at the U.S. Embassy in Prague, spoke at a ceremony to transfer custody of the Woodrow Wilson Monument to the City of Prague in 2015. Photo by U.S. Embassy Prague.

The widely held perception that I heard from European friends, colleagues and students was that, for the first time in their lives, the elected president of the United States — and millions of his supporters — held the rest of the world in contempt. The domestic excesses of his administration did just as much to make Europeans question what our country had become. The separation of immigrant children from their parents at the U.S.-Mexico border, and the lengthy detention of some as young as toddlers in inhumane conditions, struck a chord in Europe, where memories of the brutalities suffered by the millions displaced during World War II still resonate. Similarly, having lived through both fascism and communism, Europeans were appalled to hear a U.S. president calling the free press “the enemy of the people,” undermining the electoral process and threatening his political opponents.

The Trump administration’s failures in handling the two historic crises of 2020 dealt the final blow to the image of the United States abroad. Both the Covid-19 pandemic and the mass demonstrations against social injustice and police brutality laid bare our deepest flaws and our inability to play a leadership role on the world stage.

Europe has wrestled with efforts to suppress the pandemic through coordinated public policy strategies, including lockdowns, border closures, government-sponsored testing and mandatory facemask-wearing. Despite inevitable grumbling in certain quarters and a recent spike in infections, European societies have largely shown collective discipline and accepted the need for restrictive measures. By contrast, Europeans reacted with incredulity to the Trump administration’s refusal to take the pandemic seriously, and to the inadequate U.S. preparations for testing and equipping hospitals for the crisis. Trump’s unsubstantiated claims of hydroxychloroquine’s effectiveness against the coronavirus and his recommendations that people ingest disinfectants were greeted with derision in Europe.

As a former U.S. diplomat, I have frequently been pressed to explain the widespread phenomenon of American citizens militantly objecting to public health restrictions and refusing to wear facemasks on grounds of “personal freedom.” This deepened the impression of selfishness and social irresponsibility. In Europe, where mask-wearing national leaders across the political spectrum endorsed the necessity of face-coverings, there have been only limited incidents of this kind of irrational “culture war” over governments’ rights to impose strict measures to protect the public during a health crisis. Throughout the pandemic, the uniquely American rejection of basic scientific facts has undermined the standing of a country that was once admired as a trailblazer in medicine and science and technology in general.

The United States also struck foreign observers as being unable to cope with the social and economic effects of the global calamity. My European friends and students were shocked to learn that millions of Americans lost their health insurance, because their jobs had fallen victim to the lockdown, and that many were facing eviction from their homes. In countries where universal health care and a generous social-safety net are guaranteed by the government, the absence of these basic protections in the United States has always seemed inexplicable, but especially so during a once-in-a-lifetime pandemic.

Just at the point when our country had established itself as an international pariah for its inability to quell its raging coronavirus conflagration — and the European Union was taking the extreme step of banning the entry of American tourists — the Trump administration gave itself another self-inflicted wound in the eyes of the world. Its tone-deaf reaction to the murder of George Floyd in Minneapolis and the ensuing demonstrations grabbed headlines. Europeans raised on Hollywood films and TV shows had long been exposed to depictions of racism and police brutality in the United States, but few were prepared for the dark images of black-clad, helmeted stormtroopers outfitted in full combat gear, using tear gas, stun grenades and rubber bullets against largely peaceful protesters. Demonstrations in solidarity with the Black Lives Matter movement sprang up in Prague and in many other cities across Europe.

It might be tempting for Americans to write off the stark decline in U.S. standing in the world as entirely a short-term result of the incompetence and corruption of the Trump administration. The reality is that the image of the United States as a beacon of democracy and good governance has been eroding for quite a while. In Europe, there has been a growing awareness that, while we might still have the largest economy and the best-funded military, the United States now lags far behind most other developed countries in many other areas, including fair elections, criminal justice, income equality, secondary education, infant mortality and infrastructure.

Europe, having struggled for years with its own right-wing demagogues, as well as Russian disinformation and election interference, has few illusions about how the U.S. electoral system produced a Trump presidency. Similar things have happened in European countries. Many, however, cannot comprehend the continued adulation of Trump by tens of millions of Americans, including Republican lawmakers.

Leadership is a fragile thing in international affairs. For decades, the willingness of other countries to accept the United States’ preeminent role on the world stage and to follow its lead has depended not just on mutual respect and shared values, but also on a grudging acknowledgement of our country as a model of solid judgment, efficiency and power — and a belief that the United States has the right answers. For many beyond our borders, 2020 proved that is no longer the case.

Before the Trump era, despite Europeans’ love-hate relationship with the United States — and their criticisms of many of our government’s policies in recent decades notwithstanding — there was subtle prestige associated with carrying a U.S. passport on the continent. In the past four years, on the streets of Paris, Berlin and Prague, we American expats were more often greeted with sympathy, commiseration and sometimes outright disdain. Hopefully, the Biden era will bring a lasting change.

Steve Kashkett was a Foreign Service officer for 35 years, having served in Europe, Latin America and the Middle East before retiring in 2018. His last overseas assignment was as deputy chief of mission and chargé d’affaires at the U.S. Embassy in Prague. After almost three years living as an expat in Europe, he moved back to the United States last week.

The views and characterizations in this article belong to the author and don’t necessarily represent those of the U.S. government or the Diplomatic Diary.