Diplomacy and the Peaceful Transfer of Power

The American example has helped U.S. diplomats champion democratic transitions globally for decades. That will be much harder after 2020. 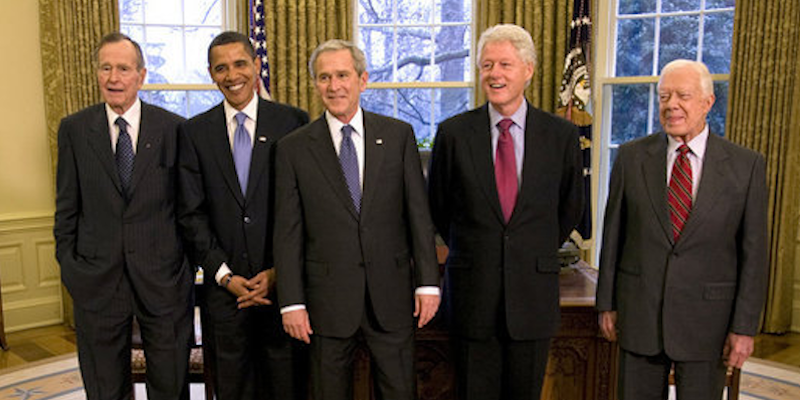 Ask Americans what the most important dates in U.S. history are, and few will have March 4, 1797, on their list. Yet there is perhaps no more significant date for American democracy. On that Saturday in Philadelphia, John Adams succeeded George Washington as the second president of the United States, marking the first transfer of power in the still young country. At a time when a change in government elsewhere in the world involved a monarch’s death, a revolution or a bloody war of succession, this peaceful handover — with Washington present at the ceremony — was a precedent whose magnitude is hard to overstate.

Bringing about such peaceful transitions that follow free and fair elections has been a major focus of U.S. diplomatic efforts globally for decades — an ambitious agenda informed and inspired by the American example. Many foreign diplomats in Washington watched in admiration as presidents graciously passed the baton to political opponents, no matter how bitter an election they had contested. Then those diplomats wrote cables back home — and some even lived to see democracy dawn in their previously authoritarian countries.

Foreign embassies in the United States are sending very different cables back to their capitals about this year’s transition. In fact, the 2020 election aftermath is more typical of a developing country than a mature and prosperous democracy.

During my 35 years in the U.S. Foreign Service, I was one of the diplomats reporting on elections in fledgling and even failing democracies. As public servants, we are not allowed to attend U.S. campaign rallies and other domestic political functions in an official capacity, but our presence at such events abroad — as impartial outside observers — has long been a staple of American diplomacy. Keeping policy-makers in Washington informed about developments in other countries is a key function of U.S. embassies abroad. Their reporting, analysis and recommendations are particularly important during elections and changes in government, when chances of civil unrest or violence are often heightened. Accurate information about possible threats also provides a warning to U.S. citizens in the affected countries.

My first diplomatic encounter with a foreign election was during Mexico’s first multiparty vote in 1982. As our embassy, along with other countries’ missions, worked to ensure a fair process, I attended rallies, reported on major candidates and monitored political advertising in the countryside. After more than half a century in power, the ruling PRI leveraged its outsized influence and managed to keep the presidency, winning 74 percent of the votes. But the presence of foreign observers discouraged it from using more questionable tactics or resorting to violence. The election also helped pave the way to PRI’s eventual loss of national power, even if it took another 18 years.

U.S. efforts to reduce tensions and increase election transparency are not always successful. While I was posted to Thailand in the early 1990s, there were two coups, and the army shot unarmed pro-democracy demonstrators in 1992. Having failed to calm things down, we focused on informing U.S. citizens and businesses in the country of the latest developments and urged them to avoid areas of civil unrest. It took an intervention by the U.S.-born king, Bhumibol Adulyadej, to resolve the crisis. He had long resisted breaking with tradition and getting involved in domestic politics. But after days of violence, he summoned the heads of the military and the opposition, made them crawl to him and chastised them on national television for causing harm to his people — the army chief endured particular humiliation and soon lost his job. That brought an end to the protests and started a political transition.

Being impartial in foreign elections is essential for diplomats, but it can be difficult at times, particularly when you are witnessing fraud or irregularities, and especially planned violence. In my experience of observing dozens of elections on five continents over nearly 50 years, most election fraud is wholesale, not retail. The practice of stuffing ballot boxes or having people vote more than once rarely changes an election outcome. Officially sanctioned and usually legal methods, such as banning opposition candidates from running — or jailing them — are often much more effective.

Another common tactic involves the misuse of government resources, such as control of state media, pressuring public servants to vote for the party in power and handing out money, meals or other taxpayer-funded gifts. Some governments resort to violence or the threat of violence, including the use of thugs, to intimidate opposition members and journalists. If there is vote manipulation, it usually happens during vote-counting, so having independent observers does make a difference.

Accurate and objective reporting and analysis in diplomatic cables from the field are crucial for policy-makers. I was the political counsellor at the U.S. Embassy in Venezuela when the president at the time, Hugo Chávez, ran for re-election in 2006. Even though our instructions from the ambassador and from Washington were not to make the United States an election issue, Chávez did just that, accusing the U.S. government of threatening Venezuela. Despite his hostility, however, many Venezuelans, including Chávez supporters, were friendly to Americans. While informally observing elections, we were generally welcomed even in strongly pro-Chávez areas.

Our normal embassy operations continued during the campaign, and we met with government officials — though access was limited — as well as with the opposition, civil society and aid groups to gain a better insight into developments in the country. We also funded programs that helped impartial non-governmental organizations to train election observers and encourage people to vote. Our reporting to Washington was objective — we recognized the popular support for Chávez and his likely win; nevertheless, he resorted to what amounted to both intimidation and bribery to ensure a comfortable margin. According to the official results, he received 63 percent of the vote.


I continued dealing with an unfriendly government as deputy chief of mission in Nicaragua. I observed presidential and parliamentary elections there in 2011, and a campaign that featured some of the tactics used by Chávez in Venezuela. There was little doubt that President Daniel Ortega would win again. He had returned to power four years earlier, having led the country from 1979 to 1990. His rule is most familiar to Americans because of the Iran-Contra scandal, in which the Reagan administration illegally used money from secret weapons sales to Iran to arm Nicaragua’s opposition Contras in a bid to overthrow Ortega’s leftist Sandinista government, a staunch Soviet ally at the time.

When he lost the 1990 election, although he expected to win, Ortega handed power peacefully to Violeta Chamorro — a remarkable development. In 2011, his goal was to increase his party’s majority in parliament and change the constitution to remove presidential term limits. Having succeeded, he remains in office to this day.

American diplomats work hard to promote democracy and encourage a peaceful transfer of power around the world, but each country must find its own path. The best we can do is set a good example with our own actions.

So far, the 2020 post-election transition hasn’t been such an example.

Robert Downes is a retired senior Foreign Service officer. In addition to Nicaragua, Venezuela, Mexico and Thailand, he served in Germany and Australia.