Both Republican and Democratic political leaders have harbored suspicion and distrust of professional diplomats for decades. 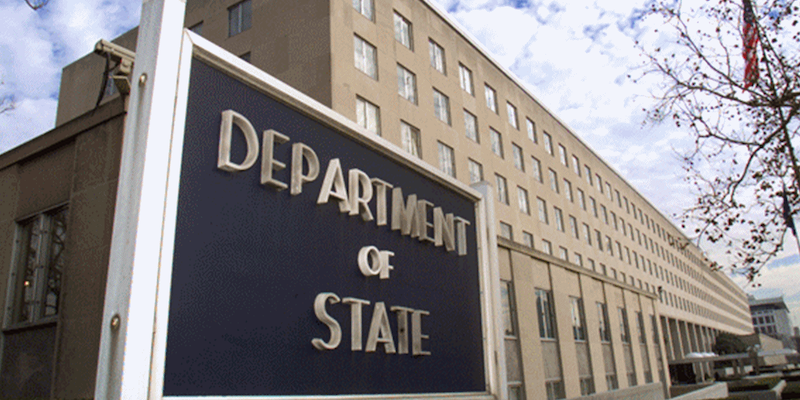 The Americans who followed the Trump impeachment proceedings in late 2019 and early 2020 learned how deeply the current White House disdains career diplomats. Those feelings have actually been evident since the administration took office. What is less known is that Republican and Democratic presidents and other political leaders have harbored suspicion and distrust of professional diplomats for decades.

Granted, things haven’t been nearly as bad for members of the U.S. Foreign Service as they are today since the McCarthy-era witch-hunt against alleged communists and Soviet spies in the 1950s. More members of the service have been forced out or resigned under the current administration than any other since that episode. However, previous presidents, while not insulting — and sometimes even praising — career diplomats, have often sidelined or ignored them. In fact, successive administrations have institutionalized this lack of trust by drastically increasing the number of political appointees in key diplomatic and foreign-policy positions.

I’ve studied and written about the Foreign Service for nearly two decades, though I’ve never worked for the government. I’ve observed the approach to diplomacy of four presidents and discussed it with some of their aides. None of those aides was willing to say that their boss had full trust and confidence in the Foreign Service as an institution. Why not?

It’s all about perceptions. Even though McCarthyism was denounced long ago by both parties, suspicion that career diplomats may be too sympathetic to foreign countries at the expense of American interests has lingered for decades, especially among Republicans. Former Secretary of State Colin Powell once put it to me this way: “There is always a bias in Washington against the State Department, and when you have a very conservative Republican administration, it’s worse. The perception is that diplomats are bad — they want to talk people into things, while soldiers fight or get ready to fight.”

Henry Hyde, the late Republican congressman who chaired the House International Relations Committee, criticized the Foreign Service in a conversation we had years ago for arguing that “everything can be negotiated” and wanting to “keep relationships with foreign governments serene.” Former House Speaker Newt Gingrich used to lash out at the Foreign Service for what he called “a culture that props up dictators and coddles the corrupt.” And Christian Coalition founder Pat Robertson once suggested that a “small nuke” be thrown on the State Department.

The George W. Bush White House consistently ignored career diplomats and dismissed their advice, particularly during his first term — most notably, disregarding their warning about the dire consequences of the 2003 invasion of Iraq. Ironically, just days before leaving office in 2009, Mr. Bush praised the Foreign Service for bringing “valor and professionalism to their work.” Democrats have mastered the art of buttering up the service in public while sidelining it in private even better. While proclaiming his appreciation for professional diplomats in front of cameras, former President Barack Obama shut them out of key meetings with foreign leaders on some of his visits to the countries where they were serving, according to ambassadors who experienced such treatment.

Presidents’ distrust of the Foreign Service has had a significant negative impact on the State Department. The number of political appointees in assistant secretary and higher-ranking positions increased from 37 percent in 1975 to 51 percent in 2014. Things are much worse today, with only two Foreign Service officers in such Senate-confirmed posts. In addition, non-career employees have been installed in hundreds of lower-ranking positions. The staff of the National Security Council has nearly quadrupled in the last two decades — most of its members are political appointees — often duplicating the State Department’s duties and undermining its authority and decision-making power. And the embarrassing and unique in the developed world practice of giving away one-third of U.S. ambassadorships to the highest bidders and other unqualified political appointees has flourished in every administration for more than a half-century — it has reached new heights (and lows) under the Trump administration.

Senior officials in both the Bush and Obama administrations, as well as those of Presidents Bill Clinton and George H.W. Bush, have insisted for years that political appointees are necessary to make sure that public servants implement the president’s foreign policy, because he was elected by the American people. Clearly, the implication is that, without political appointees, the Foreign Service may carry out some other policies or fail to promote U.S. interests. The examples those officials cite usually have to do with career diplomats presenting foreign countries’ positions that may not be in line with White House views, which is often interpreted by political appointees as advocating for those countries.

Such a conclusion betrays a profound lack of understanding of the Foreign Service’s role, the national-security bureaucracy and the character of professional diplomats. Conveying another country’s position to Washington doesn’t mean advocacy for or endorsement of that position. It’s a long-established practice of supplying all relevant information to policy-makers, so they are prepared when a foreign government reacts negatively to a U.S. decision or action. It’s a part of career diplomats’ job to provide their best advice to the president, but once he makes a decision, they spring into action to implement it, regardless of whether they agree with it or not — that’s in their DNA. Even if individual officers try to be subversive, the bureaucratic structures and numerous lines of authority make that next to impossible to pull off.


Political leaders must also understand the Foreign Service’s character. I personally know more than 1,000 officers — I interviewed hundreds of them and visited about 80 embassies and other diplomatic missions while researching my book “America’s Other Army.” Serving their country was by far the most cited reason for joining the service by those interviewed, followed by a desire to travel and see the world, as well as financial stability.

I learned long ago not to assume that most Foreign Service officers are Democrats, as Republicans often claim. At first, the revelation that certain officers didn’t vote for the incumbent president surprised me, because I knew how forcefully those officers had defended that president’s policies in public. It may be difficult for many of us to understand it, especially in these times of hyper division, but that’s just what career diplomats do. They know what the U.S. national interests are and how to promote and protect them.

So politicians’ lack of trust in the Foreign Service is based on perceptions that are largely divorced from reality. Like most Americans, they know very little about our diplomats. In a challenge to such a conclusion, previous administrations have often pointed to entrusting a few senior Foreign Service officers, including William J. Burns and Thomas R. Pickering, with top State Department posts as an example of the respective president’s reliance on professionals. That may speak of these officers’ capabilities, but it doesn’t make up for sidelining or ignoring the service as an institution.

At least Bush and Obama understood that having held a prominent position under an administration of the other party is also a part of a career diplomat’s job. For example, Bush appointed R. Nicholas Burns ambassador to NATO and later undersecretary of state, even though Burns had been State Department spokesman under Clinton. And Obama appointed Victoria Nuland an assistant secretary of state despite her earlier role as a close adviser to Dick Cheney, Bush’s vice president. In contrast, Trump has retaliated against officers who held key positions during the Obama administration.

Politicians’ decades-long distrust of the Foreign Service has significantly undermined the authority of the professionals and ultimately weakened U.S. diplomacy globally. The very real danger that there won’t be enough properly trained diplomats to restore America’s clout in the future worries us at the independent Washington International Diplomatic Academy. So much so that, although we were set up to offer short-term courses, we’ve decided to start a one-year post-graduate practical training program for people who aspire to become diplomats — the first such effort outside government. Our instructors, all former senior Foreign Service officers, have a lot to teach.