A Diplomat’s Life: No Bomb Drop or Sharpshooter Here

Diplomacy isn’t magic fairy dust you sprinkle on international crises when they erupt. 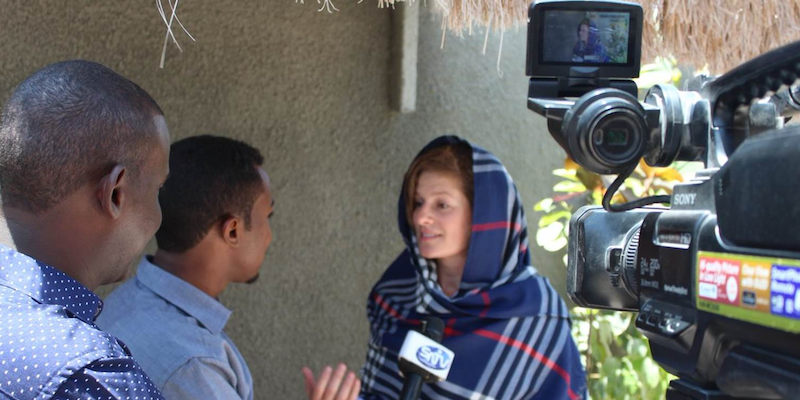 The civilian part of the American foreign-policy toolbox has suffered from reduced resources and influence within the U.S. government for decades. It has been exacerbated in the extreme under the Trump administration. This has led to alarm and calls from both Congress and the Pentagon for a renewal of diplomatic leadership and capacity. Think tanks and other organizations of the foreign policy establishment are developing proposals for increasing Foreign Service hiring, enhancing diplomatic training, and generally rebuilding our diplomatic competency whenever a new administration is in place.

But in truth, there is no quick fix to our reduced diplomatic capabilities. Diplomacy’s damaged foundations will take a long time to rebuild. Diplomacy isn’t magic fairy dust you sprinkle on international crises when they erupt. It’s a skill and a day job, and it’s something we Americans have been practicing professionally for a while, with varying degrees of success.

Every day, diplomacy delivers in critical moments of life, death and tragedy. Every day, diplomats navigate complex legal, economic and emotional challenges on your behalf. The most successful of these you often don’t hear about, because successful diplomacy keeps potential points of bilateral friction out of the front-page news. And yet, no one thinks to thank diplomats for their service, because few even know what their service means. These battles, and victories, tend to go unsung.

That’s a shame, because they sure are interesting. And while these efforts are important in and of themselves, to everyday Americans who travel and do business abroad, they are also often the foundation of our relationships in these countries, with political leaders, government bureaucrats and the public. When the secretary of state calls a foreign minister or head of state to arrange for the release of an American prisoner or the signing of a bilateral agreement, that moment is made possible by innumerable moments behind the scenes, over weeks and months and years. Every day, diplomats make those moments happen. 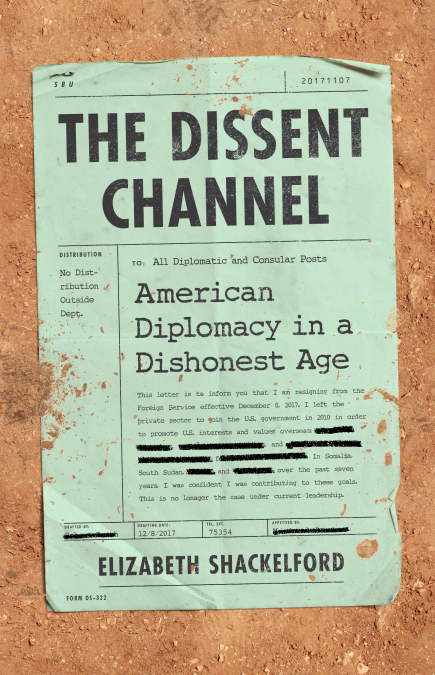 I can’t tell you the stories of the diplomats who were in the room or wrote the background briefings or pitched the ideas or built the relationships that led to the Marshall Plan or nuclear nonproliferation, but I can share a few examples of the consequential everyday work that diplomats do.

Chris hadn’t been in Lagos long when Dana Air Flight 992 crashed on its descent following engine failure, killing all 153 people onboard and six on the ground. The dead included several Americans, the pilot among them. A Nigerian employee of the consular section went directly to the airport upon hearing the news to find the flight manifest and determine if any Americans were on the flight. He found it in the trash can. The Dana Air crew had fled the scene. Chris and a colleague ran all 153 names through the Passport Information Electronic Records System (PIERS) database to identify the Americans onboard.

Chris then went down to the morgue, wreaking of jet fuel in the heat, after government contacts told him they might have found a few of the Americans. They wheeled out 20 or 30 bodies for him to look at, and he did a three-way comparison with the body, the photo from the passport record and any photo IDs found in pockets. Then it was time to inform the families back home, a task all consular officers are familiar with. “Two of them hung up on the phone with me. They thought I was a scammer,” he recalled. Chris worked closely with government officials, desperate to unload decaying bodies in the heat, to convince them not to cremate any of the bodies until they were able to recover some for return to the families. Chris’s close contacts with the airport director, the attorney general’s office and others facilitated this difficult emergency work every step of the way.

Meghan was a newly minted mid-level diplomat when she headed to Madrid as the environment, science, technology and health officer and found herself at the center of our attempts to resolve a 50-year-old conflict that had impeded the U.S. bilateral relationship with Spain after we accidentally dropped nuclear bombs on their coastline.

In 1966, a U.S. Air Force B-52 bomber collided with a refueling aircraft at 31,000 feet above the Mediterranean Sea, dropping four nuclear warheads. Three of them hit land near the small fishing village of Palomares and the fourth was found in the ocean after a search lasting more than two months. Two of the warheads that hit land caught fire, leaching highly toxic plutonium across about 200 hectares of land primarily used for agriculture. Our understanding of nuclear science at the time was less advanced than it is today, but even by past standards, our initial cleanup effort was haphazard at best. When Spain retested the site in the 1990s, it was still contaminated with radiation well beyond acceptable levels under Spanish law, causing serious economic issues that impeded the area’s development.

By 2014, when Meghan arrived at post, the pace of talks had picked up ahead of the 50th anniversary of the disaster, with Spanish leadership raising the issue regularly in recent years in exchanges with Obama administration officials, including Vice President Joe Biden and Secretaries of State Hillary Clinton and John Kerry. It had become evident that the Palomares situation risked impacting other areas of bilateral cooperation, such as the two U.S. military bases in Spain.

While the issue had the attention of the front office — the ambassador and his deputy chief of mission — Meghan became the point person, navigating day-to-day progress with Santiago Gómez-Acebo, the deputy director of the North America desk at the Spanish Foreign Ministry, as the two sides explored concrete methods for resolution, eventually concluding that the 2,000 tons of contaminated soil would need to be trucked out and relocated to a secure location in the United States. As the one who best understood the interests and needs of her Spanish counterparts, as well as the technical details, Meghan played a key role in ensuring the conversations within the U.S. government still fit inside the parameters of what was physically and politically possible.

In the months that followed, the State Department’s treaty office and Department of Energy lawyers both got involved in hammering out drafts of an agreement, and Meghan would be the go-between, shuffling the drafts, responses, questions and issues between the Spaniards and the many U.S. government offices involved, using her deep understanding of the concerns on both sides to help guide the process to an acceptable point of agreement, including the correct technical translations.


In the end, many of the details were negotiated between Meghan and Santiago on their governments’ behalf. When Kerry came to Spain in October 2015 and signed the agreement, Meghan was holding the paper. Ultimately, the Spanish government reneged on plans to sign a further binding treaty, which at the time was not politically appealing due to a pending election, but the United States had worked tirelessly for a good-faith solution and held up its end of the deal. The 50-year thorn had been removed, strengthening our bilateral relationship and making it just a little easier the next time we might have a favor to ask.

Anya worked for three years in Kyiv in the economics section, covering major international cyberattacks targeting Ukraine, including the BlackEnergy malware attack by a Russian cybercrime group on Ukraine’s electricity infrastructure in 2015. Anya argued successfully for the State Department to play the primary role in our cyber engagements with Ukraine, and she organized the first U.S.-Ukraine cyber dialogue in Kyiv. Why was this initiative important? Because Russia has and will again employ the same cyber tactics against us. By building better relationships with the Ukrainians on cyber issues, the United States got access to more information than we had before, which allowed us to strengthen our own systems and better anticipate and thwart future attacks. Cyber expertise is critical, but so are the relationships our diplomats build, through which we share that expertise with our partners and they share theirs in return.

I could go on with examples all day, but the gist is that diplomacy isn’t a quick fix and doesn’t take a straight path. Diplomacy is the long game we play as we build relationships, study cultures, learn local politics, discern interests and alliances, honor commitments, set precedents, practice influence and lead by example. It requires time, investment and an honest assessment of the target audience, the relationship and the goals. Success in war is measured in bombs dropped, combatants killed and territory held. Hard power is visible.

Most diplomatic progress is far harder to quantify and often difficult to see. But without it, the greatest foreign policy feats of the 20th century could not have been achieved.

Elizabeth Shackelford is a former U.S. Foreign Service officer, who served in the U.S. embassies in Warsaw, Poland, South Sudan, Somalia, as well as in Washington, D.C.

Excerpted from “The Dissent Channel: American Diplomacy in a Dishonest Age” by Elizabeth Shackelford. Copyright © 2020. Available from PublicAffairs, an imprint of Hachette Book Group, Inc.